During an online marketing session at a recent conference, talk turned to Google+. Some familiar objections were raised. “Is anybody actually using Google+?” and “None of my customers are on it, so why bother?”

Another common concern of the busy micro-entrepreneur is “oh no, not another time-sucking social media platform!”

I have to admit to thinking the latter too. That is, until I started actively engaging on Google+ and testing out the site and some of its tools for myself. I’ve found the results, for myself and my clients, well worth the time spent and the learning curve not as steep as some may fear. In fact, the principles of engaging with others regularly and meaningfully applies as much to any of the social media platforms as it does to Google+.

As a recent convert, I’m delighted to share some of the reasons you should consider including Google+ in your online marketing arsenal.

Google is the world’s largest and most popular search engine. In Google+, Google have created a platform, not just for social interaction, but as the “social glue that ties the internet together”. While Google+ does have a social side, it also does so much more. Such as providing a way to showcase our businesses on live web pages which are indexed and searchable.

That’s very powerful when compared to the other social media sites whose pages are not searched or indexed. When you’re posting content (or links) on Facebook or LinkedIn they can only be seen by your connections within those platforms. Not so on Google+ where your Google+ pages are live on the web for all to see.

#2 The numbers speak for themselves (for people who like stats!)

That’s half of Facebook’s 1 Billion. However, this has been achieved in just 18 months. The speed of uptake is incredible, especially when you also consider that active Google+ usage has already overtaken that of YouTube and Twitter. I have a small wager going on my Google+ page as to when Google+ usage will overtake that of Facebook (what do you think?)

Google has 65% of all searches

Why is this important? Because content that’s posted on your Google+ pages is searched and indexed by Google. Which means that, regardless of whether your customers are using Google+ or not, if they’re searching using Google, they can find you. If you’re not there, they’ll find your competitors instead.

There are 425 million gmail users

Every gmail user has the option of a free Google+ account (with all the corresponding google tools). This number will continue to grow as gmail continues to launch handy new tools.

Google and gmail are very mobile-friendly and it’s estimated that 85% of email and social media usage is now conducted using mobile devices. The mobile market is growing exponentially and we’re at the forefront of this online tsunami. It’s an exciting time to be in business.

#3 Google+ will be integrated into ALL Google products

As new apps and products are developed the functionality of being an active Google user will continue to grow. With your gmail account you can access the lot. On the cloud. From your mobile device. Wow!

With the penguin and panda updates, Google has tried hard to remove the spammy sites that were just built for syphoning traffic to make a quick buck. Instead Google has added an element of social proof to its search algorithms. It’s no longer good enough just to publish great content for your readers, you’ve got to be seen to be engaging with them too.

Google+ provides a number of ways to interact with your readers. Think of it like getting brownie points. The more interaction you have, the more brownie points you get and the higher your business appears in the search rankings. Sounds fair, doesn’t it!?

An added bonus of interacting within Google+ is that your personal and business profile, posts and conversations are indexed and searchable too! So when you share your valuable content you’re not confined to just your Facebook friends or LinkedIn contacts, you’re sharing your information with the internet. This has a direct impact on your SEO and adds the social interaction now loved by the google search algorithms. Talk about a win-win!

The more you interact with someone on Google+ the more Google weights your trust in that person or business; and vice versa.

Google will show you content (and advertising!) from someone you trust above content from a stranger. So, imagine you make wedding cakes and I’m searching on google for a wedding cake. If you and I are connected or interacting on Google+, your wedding cake advertisement will be shown to me in preference to an ad from someone I have no connection with. How powerful and targeted is that?

Google+ makes it easy for the small business owner to be successful on Google+ because it applies a value to the way we interact online.

I’ll cover exactly how to do this in next month’s article. For now, I’d love to hear whether you’re using Google+ or if this article has made you curious and excited enough to try Google+ out for yourself. You won’t be disappointed. 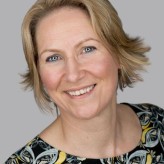 Cassie is a mother, real estate investor, online entrepreneur, author and speaker. Through Modern Marketing Spark “MMSpark” she helps entrepreneurs start and grow their businesses using savvy online marketing and social media. Cassie is offering a free Google Plus Quick Start Guide: 10 Awesome Ways to Build Your Business on Google Plus so don't forget to grab your free copy.

The one thing you can’t forget when 'Rebranding' your business

Why testimonials are business gold: and how they can do your marketing for you!

Are your customers ignoring your marketing?

“On the 1st Day of Christmas, a local business gave to Meee…

Going round in circles? How to build your business with Google Plus!

Create the perfect offer: 4 Questions you need to ask first

3 Ways to rock your marketing with Google Plus