There are over 100 million active users on Twitter, over 300 million tweets are sent every day and on average it takes just five days for one billion tweets to be posted. Clearly we have a lot to share. But from a business perspective, should you be thinking of Twitter as an engagement tool or as a broadcast medium?

First of all, I should probably let you in on a secret. When I started my own business, I didn’t think that I was going to need to use social media at all. I have to admit that I thought I could grow a thriving business without sending a single tweet! As things turned out, it was a matter of days before I realised the error of my ways and I started to appreciate the potential role that social media sites can play in building a successful start-up business.

Everyone I came into contact with was talking about social media and in particular Twitter.  So I started to look at it more closely and found some basic reasons why Twitter has such compelling potential for businesses:

When I first came to use Twitter, I was consistently being told that it was all about conversations and about engaging real world connections. And to a large extent, that is what Twitter is all about, certainly for celebrities and for casual users who only really use it for a bit of a giggle or to share a joke with their friends and followers. But as I got to understand Twitter more, a new school of thought emerged which seems to have been growing stronger in the past year.

In some quarters, business owners were viewing Twitter as a broadcast tool or as some like to refer to it, a ‘content distribution platform’. Now, this was beginning to get interesting. It appeared there were two distinct schools of thought emerging, with one leaning towards using Twitter to create conversations and the other keen to use it for broadcasting valuable information. So let’s take a look at the issues so you can decide whether Twitter is a social network for business or a distribution platform.

The point to remember here is that Twitter is about creating a dialogue – you can’t just blast your followers with information about your business. It’s about creating meaningful conversations that can lead to strong connections.

So when it comes to being social on behalf of your business:

The other way to look at Twitter is as a content distribution platform, and this school of thought is based on the idea that businesses should use it to deliver a variety of quality and highly relevant materials to their followers around the world.

During a presentation at Nokia World in 2010, the vice president of business and corporate development at Twitter, Kevin Thau, suggested that in fact Twitter was not a social network at all but a platform for delivering news, content and information.

Here are some of the basic reasons why Twitter is viewed as being such a powerful broadcast medium:

Finding your own way to stand out

When I first started using Twitter I longed to create conversations with users but it just didn’t happen. I tried everything to get involved in some interesting discussions but I was struggling. Then when I stepped back and looked at some of those conversations going on I realised that I didn’t have a clue what they were talking about and trying to follow the thread just took too much time.

For me that’s when I stopped trying to use Twitter as a tool for creating conversations. Instead, I started paying more attention to the tweets that users favoured and retweeted. The more I gave my followers what they wanted in terms of great content, the more retweets and favourites I got and this had a knock-on effect of increasing my followers.

And delivering great content doesn’t always mean coming up with new and interesting blogs of your own. It’s also about highlighting and posting links to other bloggers, journalists and publications of interest to your audience. For example Women Unlimited has a fantastic selection of articles you can share on Twitter to keep your followers engaged. The real win for me, was when I met people who told me that they followed me because I provided really valuable insights that they could use in the context of their own business. That is always the biggest goal for me as a Twitter user but I also pride myself now on sourcing good materials and passing on it to my followers as an added bonus.

So what is Twitter? – Is it a social network for creating conversations or is it purely a distribution platform? Personally, I think Twitter can be both and more besides. It’s clear to me that there are people who have the ‘magic’ for creating conversations and it works for their business. Others see it more as a broadcast tool to share great content and that is the main advantage that they perceive. Maybe it’s those users who can move effortlessly between using Twitter as both a broadcast and conversational tool that are the real winners in all this, but you certainly need patience and persistence to find out what really works for you.

In the words of Twitter co-founder, Biz Stone, ‘Twitter has only just begun and we, its users, redefine it every day’. So maybe the true power of Twitter is yet to be discovered.

And in the spirit of starting conversations – let me know what you think, how Twitter works for you and how you’re addressing the challenge of tweeting as a business. 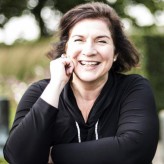 Hi there, I'm Carole Bozkurt, founder of The Blueprint Practice. I’m a Visibility Strategist and I help female business owners to stand out in a crowded market and get noticed by their ideal client. Once the right connections have been made I help my clients to turn those contacts into paying clients. If you are interested in growing your business, increasing your client base and claiming your expert status then please email me directly at carole@blueprintpractice.com. Alternatively, you can contact me via my website here.

5 Top tips on making the most of your content