The average person will in fact moan 30-40 times every day, and I read a statistic recently that 30-40% of all our daily conversations are about commiserating with someone.

So here’s your challenge for the next month – stop complaining.

Sounds simple enough doesn’t it? Simple that is until you become conscious of what you’re actually saying and how much of it is framed in the negative. Just observe conversations over the next 24 hours and I think you’ll be surprised by how much we all complain.

The first reason is our negativity bias – something which is hardwired through our evolutionary history and key to our survival as a species. Erring on the side of caution and being overly pessimistic rather than overly optimistic has helped us to avoid being eaten, attacked and becoming injured.

The second reason is that complaining makes us feel better, but only in the short-term. It makes us feel good especially when others agree with us but in the long-term it is draining. I’ve often witnessed people bonding over a common complaint and then seeing that same friendship destroyed by this same tendency over time.

I started thinking about all this when I saw a friend wearing a purple rubber wristband inscribed with the words “acomplaintfreeworld.org”. Curious, I asked what is was for and he explained it was a challenge first started by a Minister called Reverend Will Bowen of One Community Spiritual Centre in Kansas. He began an experiment with his congregation, challenging them to go 21 days without complaining because that’s how long it takes to start developing a habit.

To demonstrate their commitment, he asked his congregation to wear a rubber band on their wrist and to count one point for every day the band stayed on that wrist. But, if they found themselves complaining, they had to move the rubber band to the other wrist and their points were wiped back down to zero.

While not scientific, this was a powerful exercise in self-awareness and so moving were the personal stories, that it led to the Reverend taking a seat next to Oprah and writing a best-selling book.

As I left my friend that day and started thinking about why we complain so much, I also began thinking about the power of words and how they influence our emotions and subsequent actions.

The origin of the word “to complain” comes from Old French and the verb “complaindre” meaning “to lament”.  And by its very nature this is something negative and passive which looks back in time, not forwards.

While there maybe times when complaining serves a constructive purpose, showing others that something or someone is not up to our standards, is very rarely based on a legitimate reason.

In the majority of cases, it serves as a destructive behaviour. So to avoid complaining about complaining, I hereby offer you three strategies to start appreciating more!

Change the way you look at things

Reframing is a common technique in positive psychology. Two people can experience the same thing and feel completely differently depending on how they view events.

When something negative happens, take a physical step back and look at the situation from the outside, searching for all the rational reasons why this has occurred. Then look for the silver lining. There’s an old proverb I love that illustrates this wonderfully:

A complaint becomes a constructive call to action when accompanied by a solution to fix it.

For example, imagine a colleague walked into your office and said “I hate commuting, it’s so dirty and dark underground on the tube.”

That would be a destructive complaint, which would affect the mood of those listening. But if they said “I hate commuting, it’s so dirty and dark underground on the tube. From tomorrow, I’m going to get the train and then walk to work whenever it’s not raining.”

That’s no longer a complaint but a positive life change, which would have an upbeat ripple effect on those listening. It would also help build stronger social bonds because humans are attracted to action-orientated people who solve problems rather than lamenting them.

Accept what has happened and move on

Some things you just can’t change, like the weather for instance. We all enjoy a good old moan about the weather but we’re all completely powerless to change it.

What’s the point in complaining about something you can’t change? None. Instead, we can accept that January is wet and windy and turn our attention and energies to what we need to achieve today. And, taking homage from the points above, we could leave home armed with an umbrella, waterproof shoes, and a warm sweater, enjoying the feeling of the clean, crisp, winter breeze caressing our rosy cheeks.

So use your ring, bracelet, watch, or a rubber band and take on the challenge. See how long it takes you to reach 21 days without complaining and be sure to share your experiences below.

Good luck and I look forward to reading about how you get on! 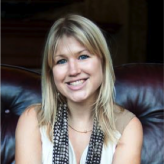 What happens when you try to please everybody

Create your own vision board to kickstart your success