We’ve all been there. Something happens to put us in a bad mood. Then something else goes wrong. And then before we know it one thing after another conspires to make us more and more frustrated until eventually we want to just explode!

It’s almost as if each little piece of frustration or outrage turns into a GIANT magnet for more of the same. And it doesn’t matter how well the yoga class went last night, or how many hours of meditation you did… it’s as if you can’t store up your brownie points to even the score when things start going wrong. Some things, like positive vibes, just can’t be bottled!

But when you understand the Wire Yourself for Wealth Turnaround technique you can use it to rewrite the bad stuff when it starts creeping in and instead choose to write the movie ending exactly as you would like it to be.

From spilt milk to happy outcomes

It often starts small. Someone annoys us, or we can’t get the lid off the milk – and then all of a sudden we have milk splashed everywhere, and breakfast down our shirt, and then we stub our toe on the way to the bathroom to clean up, and realise we are late for an important meeting where we need to be on form and balanced.

If you know anything about the law of attraction you’ll already understand and have noticed that when you have that frustrated vibe going on, it just attracts more stuff to be frustrated about. You may have heard that bad things happen in threes? It’s not strictly true, but once one thing happens, it sets up a resonance pattern that makes more of the same more likely to happen… unless we change it!

How do we change the law of attraction?

Well it turns out we can use this law to our advantage. By letting go of the frustration and getting (our mood, our vibration, our energy, or however you like to think of it) into a higher vibrational state and allowing what we consciously choose to attract to manifest instead. Most of us walk around under the illusion that we are at the mercy of events. Things happen to us. As if we are the victim and we have no control or part in what is happening.

That’s one way to look at it

But what if it were just an illusion, set up so that you can play out all the dramas you can possibly imagine?

What if it were just one big cosmic joke to show you all the things within yourself that you are resisting, and ignoring and not dealing with… Like when we’re frustrated – the universe hands us more things to be frustrated about. It hands us stroppy sales people hassling us. It hands us the wrong order at the Starbucks counter. It hands us inconsiderate drivers cutting us up and causing us to brake quickly, letting out less-than-lady-like expletives.

Each thing makes us more frustrated, and the joke is we think each thing is something external to us.

But what if it isn’t?

What if it is just a mirror to show us what we need to recognise and let go of?

That would be cool right?

Well it’s all within your control. All you have to do is follow four simple steps and you can rewrite any movie script you are currently acting out and have things happen to your liking without having to go through all the drama and suffering you normally put yourself through for success.

“You are the director of this movie you call your life. You get to choose what happens next.”

You’re also the actor, the scriptwriter and the cameraman behind your eyes. You get to choose what happens next. And you can choose for things to be awesome!

Technique – use negative energy to propel you to success

Ok, so your script so far has said that when bad stuff happens, you attract more bad stuff. But when you learn to process these “bad feelings” out of your system, it’s like throwing away the movie script and clearing the slate for a new script – the one that you’ll write knowingly, not unconsciously when you’re just going through the motions as the actor at the mercy of events.

There are 4 STEPS to turning this all around and using whatever is happening now to propel you into new levels of control and manifestation. Follow these four steps, and document your results. You’ll be amazed at what happens!

4 steps to improve your mood

One of the biggest problems with us today is that we “manage” our feelings rather than experience them. When we manage them, we tend to stuff them down, ignore them, or keeping them pent-up, eroding us from the inside out.

When we experience them, we give ourselves the chance to process them into wisdom. We turn the bad experience and the uncomfortable feeling and turn it into understanding and compassion, rather than judgements and bad emotional decisions we use in a feeble attempt to protect our ego. Honour the feeling without judgement, and without making a decision.

There is nothing to physically “do” in this part of the process. Just feel.

This should take two or three seconds. Contrary to what you may have believed thus far, you are not at the mercy of how you feel. With a simple intention, you can feel whatever you want to feel in the moment. For step two, choose to feel brave and courageous. It should take two seconds or so for this feeling to come about. Hold that feeling, and then move on to step three.

There are several ways to do this. When you get practiced you will be able to slip into gratitude naturally as a result of just processing out the initial negative feelings. However, for the purpose of this exercise, simply make a list of all the reasons why you are grateful for having had the experience of that situation you want to change.

You might include some of the following reasons for being grateful...

Everything has a payoff – Why else would we manifest these things. However, when you get to a state of gratitude you’re able to recognize why you created the movie this way, and it puts you in a position to change the way you go about fulfilling the positive aspects it has brought about… minus the drama and struggle.

Decide what you actually would like from the situation. Ignore the facts that you’re faced with right now. You’re the director of this movie. What would you like to happen next? How would you like it to end? Write it down, and see it play out in your minds’ eye. Feel how you would feel if it were to happen that way and then just allow whatever happens to unfold. You’ll be amazed at how things turn around.

So there you have it – 4 STEPS to shaking down events and feelings you don’t like, and rewriting the script you’re going to play out.

Now, two things to do:

Pick a situation that is bothering you – and run it through the four steps. It needn’t take long, but it will pay massive dividends as you will see.

Leave a comment below to help others see what a massive impact on the results this technique generates. Tell us (in just a few lines) about the situation, what you realised when you did the exercise and how you chose the outcome to be instead. 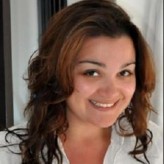 10 revealing questions to ask an expert before you hire them

Setting clear boundaries for yourself