Following on from our popular countdown of the UK’s top 10 richest business women 10 to 6 and 5 to 1, we’re now bringing you Money.co.uk‘s top ten women world-wide.

Looking at the fortunes of women throughout the whole world, using figures from Forbes and other authority sources, they have listed profiles of each influential women, their net worth and, purely for dramatic effect, what they could buy with their extensive fortunes.

These ladies have made their way onto the rich list not through inheritance, but through their own hard graft and business acumen.

With her three siblings, Benetton kick started the self-named family fashion business in 1965 by knitting sweaters which her brother Luciano would sell from the back of his bicycle (their father owned a bike shop). Another significant source of Giuliani Benetton’s personal fortune comes from atlantia, a large toll-road company, and the autogrill restaurants worldwide.

Fisher established the gap, inc. Alongside her husband Donald in august 1969, opening a small San Francisco store which sold jeans and music. Today there are over 3,000 gap stores across the world (incorporating brands such as banana republic and old navy). Fisher also owns a collection of over 1,000 contemporary art pieces.

At forty years of age, Chu Lam Yiu is currently the world’s youngest self-made female billionaire. Chu amassed her personal fortune as the the head and majority shareholder of Huabao International, a company which makes flavours and fragrances for cigarettes, food and synthetic goods.

Not only is Oprah Winfrey one of the richest self-made women in the world, she’s also one of the most influential according to such institutions as cnn, time, forbes and entertainment weekly. Her $2.7bn (£1.7bn) wealth saw her become the world’s first ever black female billionaire, and the only black billionaire between 2004 – 2006. In addition, her annual earnings are believed to be in the region of $250-$300m (£156m to £187m).

Yelena Baturina is the only Russian woman with a net worth greater than $1bn (£0.6bn). Baturina married Yuriy Luzhkov (Moscow’s mayor between 1992 and 2010) and the source of her vast wealth comes from her plastics company, inteco, which she founded in 1991. Her net worth fell dramatically during the height of the credit crunch.

The production costs of the most expensive film ever made, James Cameron’s avatar ten times over.

Xiu Li Hawken is one of china’s 7 self-made female billionaires (there are only 14 worldwide) though she is now officially a UK citizen. Her fortune comes from real estate and she is the biggest shareholder in Renhe Commercial Holdings. Very little is known about Hawken or her family’s personal life.

Alongside husband Amancio Ortega Gaona, Mera founded the fashion giant inditex fashion giant in Galicia, Spain. Since the first store opened in 1975 (under the Zara brand name), the company acquired and created a number of subsidiaries worldwide and employs close to 100,000 staff across its stores. Mera and Ortega divorced in 1986.

61-year old Chen began her life in poverty, but saw early success during the mid-70s with a furniture repair business. After a few years she fell into real estate in Hong Kong worked her way up to became the president of Fu Wah International, earning her fortune in the last few decades with a massive (and expanding) property and business portfolio.

Around 1,350 Boeing 747s. (there are only around this many currently flying today)

Wu Yajun founded longfor properties in 1994. Having come from an engineering and then journalistic background Wu had very little experience in property development when she set up the real estate company. Following her tremendous success she has kept a notably low profile and very rarely acquiesces to interview or autograph requests.

Born in 1957, Zhang Yin has established a number of paper exporting companies since the 1980s. Her biggest success and the main source of her astronomical fortune came in 1995 when she founded nine dragons paper holdings with her second husband. The family-run company imports scrap paper from the us and uses it to manufacture cardboard for use in Chinese goods exportation.

We hope you are as inspired and awed at what these women have achieved as we at Women Unlimited are. In the comments section below we’d  love it if you’d let us know about the women who have inspired you and why. 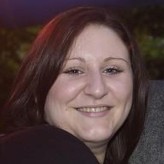 Like a virgin: Is your marketing as fresh as Madonna's?

Stamina: An essential ingredient for the journey into a new business