I remember vividly the moment I was confronted with the idea of telling the truth. I had enrolled on an introductory course in psychosynthesis, a particular school of psychology. On that day, I was on the train to meet my life coach. I was reading the recommended course book, looking at the list of options for our homework. The first of a list of suggestions was: ‘do something you’ve never done before.’ The thought that unexpectedly came to me was: “tell the truth.”

To say I was startled would be to put it mildly. I always regarded myself as a fairly truthful person; certainly no more but also no less truthful than anybody else. In fact, I’d never even thought about this subject at all.

I arrived for my session with my coach and immediately started complaining. I was supposed to make a phone call to my ‘buddy’, the man I’d been paired up with at my first personal development program. I found him boring and I kept on and on about it. My coach listened for a minute then said, “tell the truth.”

Are you being honest with other people?

That stopped me in my tracks. My first reaction was shock. How on earth could I tell this man how I really felt? The next thought was “How can I tell him I didn’t want to listen to him?” I was overcome with fear. I exclaimed, “I can’t say that! I can’t not listen! I’m supposed to be his friend!” but he replied, “Well, you’re not listening because you’re feeling bored and resentful. If you just pretend to listen, you’re not being a friend.”

Since I had been doing a lot of pretending over the years, part of my strategy to be and do whatever I believed people wanted and expected me to be and do, the idea of being truthful filled me with terror. I also believed that telling the truth would result in rejection and abandonment.

That conversation turned into several long coaching sessions before I finally reached a place where I was ready to make the call to my ‘buddy.’ I said something along the lines that I wasn’t in a good place and would be unable to listen to him properly. He replied “Thank you for being honest with me.” Honest? Me? I could only shake my head in disbelief.

Are you being honest with yourself?

Over time I began to understand that telling the truth to others was not the most important thing; the most important thing was to tell the truth to myself. However, for the majority of my adult life, self-deception was practically my middle name. I deceived myself about most of the really important parts of my life: my marriage, my job, my relationships, my needs and wants, how I really felt about myself, and much more.

I also learned that, until I figured out what was true for me, I would never be able to tell that truth to anybody else. And I came to realise that telling myself the truth was critical to the quality of my relationship – both with myself and others. But admitting to myself what was really true for me was the first and most important step. The challenge for me was that I didn’t know what was actually true for me, so that turned into a gradual exploration.

Why do we deceive ourselves?

We have a tendency to lie to ourselves and, what’s worse, we tend to believe our self-deceptions. We put on masks and pretend we feel one thing when we actually feel another, that something doesn’t matter when it does, that we’re OK with our relationship when we’re actually unhappy or that we don’t mind our job when, in fact, we hate it. Why do we do it? Because otherwise we would have to do something about it and that’s where timing plays a role; we won’t change anything until we’re good and ready.

One reason for deceiving ourselves is the fear that, if we admit what is really true for us, it also follows – if that truth is about something basic – that we actually got it wrong, at a fundamental level. On top of that, we may have to do something about it and chances are, that for a while at least, we remain paralyzed and stuck – in a job, in a relationship or in a situation.

If we identify a dream that we set aside a long time ago, we can scare ourselves with unproven assumptions about how other people may or may not feel about it. Or we don’t tell them but end up blaming them for our unhappiness and frustration. There are minor lies and there are serious lies that can damage our happiness, our peace of mind, even our health and wellbeing, and we have developed a whole range of habits that stop us from becoming real with ourselves.

The Principles of Truth and Non-Love

The principle of truth and non-love (see article Are you loving yourself enough) are closely interlinked. Both cause us to create the very life we insist we do not want, yet it follows that once we become self-aware, we have the power to change things and create a new life experience for ourselves and the people around us. Telling ourselves what is really true for us is part of a truly powerful process.

In discovering what is actually true for you, your greatest ally is your body because that’s where your feelings are stored. When you think about a particular area, (e.g your job), write down everything you can think of around how you feel about it – the content of your work, your colleagues, your manager, the level of responsibility, the pay, the politics, the commute. Notice your physical sensations and discomforts, including whether you’re slumping, feeling heavy, developing a headache, and so on.

“What part of my life am I hiding from myself? Which situation? Which relationship?”
Record your observations in your notebook so that, over time, you can identify a pattern of self deceptions. You may be surprised by what you find.

I hope this article has resonated with you.  Share your thoughts in the comments below…I would love to hear from you! 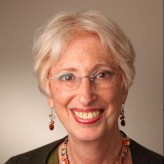 With more than 25 years experience in personal development, human resources, training and coaching I have developed a unique model called LEP (Life Enhancing Principles) which covers core principles that enable people to achieve their goals and get the most out of life. As an FCIPD, I am an executive life coach, workshop facilitator, speaker and an established author. My second book, ‘Dancing With The Mask: Learning to Love and be Loved’ is available directly through my website www.sueplumtree.com . Connect with Sue on Linked In.

10 revealing questions to ask an expert before you hire them