A friend’s post on Facebook this week: ‘Ahrrrghhhh why did i take this project on? Why, why WHYYYYYY Grrrrrrrrrrrrrrrrrrr note to self, must re-read the chapter in Grace Marshall‘s book about ‘saying no, nicely’ instead of just saying yes all the time. This project may be stable and lucrative but it’s a massive pain in the bum!!! Is it wine time yet!’

A classic case for most new (and some not so new) businesses. The flip-side of being flexible and resourceful is there are a lot of things you ‘can do’.

The clients that are not ‘ideal’. The jobs you take on ‘just to tide you over’. The tasks involved in running a business that may not be your field of expertise, but nevertheless need to be done.

We’ve all done it, and when it enables you to do what you love, and move forward in the right direction, it can have its place. But operating outside of your strengths zaps you, and can easily take over your time, energy and headspace.

You can end up settling for what you ‘can do’ rather than what you really want to do, what you do best and what energises you.

When you shy away from saying what you mean…

A friend of mine was organising a play date with another parent. ‘Are you sure you don’t want me to pick her up?’ she said.

What she really meant was that it would be easier for her to do the pickup, but the other parent didn’t take the hint.

‘Are you reeeallly sure? I can pick her up straight after school. That would give you more time…’

‘Ah no, you’re alright. I’ll be fine to drop her round at 5.’ (cue frustrated palm to forehead)

Sometimes we find it hard to say ‘no that doesn’t work for me’ or ‘I don’t want you to do that’ so we drop hints and try to ‘sell’ a more attractive alternative. The problem with this is it involves mind-reading.

You might drop hints, but you don’t actually ask for what you need.

When you don’t want to hurt someone’s feelings…

Yet another conversation I had this week was around delivering bad news. The phrase ‘don’t shoot the messenger’ comes to mind, but what if you can’t just walk away from the situation?

A boss giving critical feedback for example, or a client explaining that they’re not happy with part of the work done, or vice versa telling a client that what they want can’t be done.

In those situations, where you’re invested in the outcome, a hit and run strategy might not be that helpful. But for those of us who do like to please people and avoid upsetting others, there is also a danger of taking too much responsibility.

Every communication has three parts – the message, how it’s delivered and how it’s received. Your responsibility only goes as far as crafting and delivering the message – which of course you can adapt to be as helpful as possible, but ultimately the other person has a choice in how they receive it.

Your job is to deliver the message well. If you make yourself responsible for their happiness, you’re taking responsibility that doesn’t belong to you.

When you say yes because you hate saying no…

I know, you love to be generous. And that’s a good thing. But giving to the point where you are drained and empty  –  doing things from a place of ‘I have to’ rather than ‘I would love to’ – will ultimately lead to resentment.

Generosity is a fruit of the spirit. Fruit nourishes and replenishes you. If you’re feeling drained by giving too much, giving from a place of empty, because you ‘can’t say no’, that’s not generosity, that’s something else. Generosity has to be a choice from the heart, not from a place of obligation, duty, guilt or expectation.

But here’s the thing. Here’s what happens when you stop trying to please everybody: You let go of the stuff that’s not right for you – and clear space for what is

A good friend invited me to join her on a project recently. I love her work and her style and would relish the opportunity to work with her. But the role wasn’t right for me right now. After much deliberation I realised the only reason I hadn’t said no straight away was because I didn’t want to say no to her. Turns out she’d picked up that my heart wasn’t in it and found someone else already! As she put it, ‘I can’t really have someone who doesn’t want to be there’.

You see, if an opportunity’s not right for you, you’re not right for it either. I wouldn’t have done it any justice if I had said yes.

Equally I had a journalist request recently, asking if I would comment on seasonal marketing for small businesses. She had picked up on a guest post on my blog, and instead of saying yes and trying to fit myself into that space, I put her in touch with the person who wrote that blog post, who is an expert in that area.

As a result, I didn’t spend hours figuring out what I would say, worrying about an interview that had nothing to do with my strengths and expertise, and I had so much more mental clarity to focus on what’s right for me and my business instead.

You stop mind-reading and ask for what you need

I suggested to my friend to explain her needs clearly, and to offer a couple of positive options to the other parent:

‘Actually, we’re heading out straight after school and may not be back by 5. It would be easier if we can pick her up at 5, or if you drop her round at 6. Which would you prefer?’

When you ask for what you need, and ask others what they need, you can come up with a solution together. No more mind-reading!

You honour who you are – and let others do the same

When you stop trying to be all things to all people, you do your best, most impactful and most satisfying work. You give your best from a place of plenty, and find you have so much more to give. Not only that, you give others the opportunity to step up and give their best too.

Be yourself. When you honour who you are – and who you’re not – you honour and accept others for who they are too.

Over to you. What are your experiences of trying to please everyone? How has this post inspired, challenged or encouraged you? Share your thoughts in the comments box… 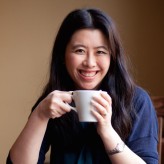 Grace Marshall is an author, coach and Productivity Ninja, who loves helping people live and work with more brilliance and less burnout.She coaches at Grace-Marshall.com, runs workshops and speaks at conferences as a Productivity Ninja with Think Productive, and her latest book, “How to be REALLY Productive” was named Best Commuter’s Read in the CMI / British Library 2017 Management Book of the Year Awards.

Delegate and change your life for £30

Is your negativity getting in your way?