2012 was a bumper year for social media marketing, convincingly showing the rest of the world that it’s not just for kids, a game or a silly trend. It’s here to stay – yay!

Big brands realised that using social media to reach their loyal fan base was perfect, so they put this at the heart of their marketing strategies. Many campaigns used a mix of on and offline ideas – more proof that social media had established itself, and was worth investing in, to connect with customers and find new ones who would happily toot their horn.

And the best part? These ideas work just as well for small businesses too. In fact, we have an advantage! We have everything to gain from social media’s accessibility and low-cost, plus our ability to move with spontaneity and flexibility.

Before looking ahead, let’s take a look at some of the more significant happenings that took place last year. Starting with Facebook, Twitter and LinkedIn all unveiling big design changes, making them more visually appealing and socially interactive (such as Twitter displaying images and video direct in the newsfeed).

Google made its second attempt at a community driven network (anyone remember Google Buzz?) introducing Google+. In 2013 we’ll see if it will thrive or not. And Pinterest – the social network for images – became the hottest newcomer on the scene. Driving more referral traffic than Google+, YouTube and LinkedIn combined, despite that to open an account you had to receive an invitation – until it opened it’s doors for all in August!

Now the new year has officially begun, and we wave goodbye to January to fully embrace 2013; I’m going to share with you, 5 predictions of what marketing on social media will look like, as the year unfolds. Here are my top tips – so you can stay ahead of the game.

Yes, our favourite social networks are free to use (for the time being, at least). But to be noticed in this buzzing marketplace, savvy business owners are committing resources to their social media marketing campaigns now more than ever.

Whether that investment is time (learning the ropes, experimenting or crucially, taking part to build those valuable connections) or spondoolies (Facebook Ads, image design, expert advice and help) small business is getting serious about marketing online…

Hot Tip: If you’ve been dabbling with social media for your business, it’s time to decide: are you in? And if so, finally make that commitment to approaching it like any other business or marketing venture.

Twitter has established itself as THE vibrant online space for communication. The quickest way to build your fame – especially with journalists and other media flocking there in droves to find a great story.

You want to be featured by the BBC? Easy.

Want to be on local radio? No problem.

Want to appear in a national magazine? You got it!

Hot Tip: As Facebook continues to censor what is visible to page fans, Twitter has the advantage of being a democratic, real-time, free-for-all connection driver. Ignore it at your peril.

3. The evolution of visual marketing

There is no question that using imagery in social media is smoking hot right now. Last year, Pinterest took social media by storm and Facebook completely redesigned itself putting images at its center. Add that to Facebook’s purchase of cool photo app Instagram for $1billion, Twitter’s latest visual design, and partnership with fun video app, Vine, and you can see that the social web is channeling the inner artist in all of us.

Visual marketing will continue to evolve as the year rumbles on, but I predict that by the end of 2013 this fire will have burned to a fizzle, having matured for something new to take it’s place.

Hot Tip: Remember that variety is the spice of life and the best results are gained when you vary your updates – whatever social media platform you use.

By the time we reach the end of 2013 – Facebook will still be the most powerful, thriving online space to be in. With more low price advertising options, better mobile app functionality and smarter features, there will be even more opportunities to delight your Facebook fans and importantly, turn them into paying customers.

Hot Tip: We’re used to Facebook constantly changing the rules – don’t be surprised to see more of the same, so keep up to date with the latest trends.

5. Focus is the new black

At the beginning of 2012, it was still widely held, that ‘being everywhere’ was the best small biz social media policy. Thankfully that opinion has changed – phew! 2013 will show that it’s far more meaningful and beneficial, to pick your platform and rock-it-out.

Hot Tip: The best approach is to focus on only where you want to be, what lights you up and do it brilliantly. If you don’t enjoy it, it won’t stick.

Do you agree with these predictions? How will you approach social media marketing for your business this year? 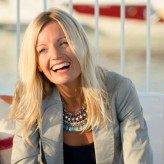 Email marketing: is what you're doing legal?

How to make the perfect sale