Do you work with someone who really presses your buttons?

They take credit for others’ work, always find fault, are always talking about themselves; undermine you at every opportunity. Ring any bells?

No matter how positive you might be feeling, they somehow manage to trigger you so that you end up feeling irritated, annoyed, withdrawn, upset.

What if that person is a client? Or a team member you manage who never listens, or the supplier who wants to haggle over their price?

Difficult people are everywhere! If we accept the premise that people buy from people they know like and trust, how do you handle it when you find someone difficult?

If you want the situation to change, it really is down to you to do something about it. Perhaps you’re reluctant to confront these kinds of situations — you don’t like conflict, you want to be liked. But the reality is, that it won’t get better and can get worse, with misunderstandings and resentments simmering under the surface that can erupt inappropriately.

Poor working relationships can be a source of genuine stress, not only for the individual involved but for everyone in your business.

So having decided you really do have an issue, what should you do?

The place to start is ‘you’

Are you sure the other person is really the problem, could you be over-reacting? Have you always had difficulty with the same type of person or behaviour? Whether it’s a client, your business partner or a member of the team you lead; understanding your own impact on the situation means you can do something about it.

You can’t change someone else but you can do something differently.

As a first step, how does your perception of the situation change if you think about the ‘difficulty’ as a behaviour, rather than it defining the whole person, particularly if you notice you have a similar reaction to several people.

Try to keep your emotions out of it as much as possible.

Making this distinction allows you to stand outside the situation and be more objective, rather than simply reacting.

Separate yourself from your emotional reaction and ask yourself what you would do when you’re ‘at your best’.

Another useful approach is to view the situation through the eyes of the person who triggered you.

Counterintuitively, one of the most powerful ways to take control of the situation is to find a way to appreciate where the other person is coming from.

For example, a client of mine had a real issue with a team member he perceived to be lazy and slow. In fact, this director (my client) was not comfortable delegating and expected his team to undertake tasks in the same way that he did. This meant he was constantly finding fault where really there was none; it was just a different approach to prioritising and handling the job. So rather than judging his colleague as lazy, and by exploring his own role in the situation, we found ways to address the issue.

By shifting focus back to the more strategic aspects of his role, the director is now better able to let go of the detail and the team member feels more appreciated (and is, therefore, more productive)!

The truth is, however, that sometimes your worst fears about another person turn out to be true. You may even have confronted the person directly and with objectivity, but the issue hasn’t been resolved.

So you may decide to let go of that relationship, having considered other approaches. Sometimes that is the only solution but it’s important to consider other approaches first.

We all have blind spots, so it may simply be that no one has ever told that individual how their behaviour affects others

I recently worked with the MD of a small business, who was having difficulty with a key team member who had played a significant role in winning a big contract.

The individual was not turning up for meetings, calling in sick and when she did come in, was working to her own agenda.

With support and guidance, the MD realised she had given her subordinate too much power in the sales effort and was struggling to reign her in. She sat down with the team member and expressed her concerns and restated her objectives and role.

Ultimately, however, the individual was managed out of the business — the behaviour didn’t change and she became an increasingly disruptive influence with the rest of the team. If all else fails, an individual leaving the organisation may be the best outcome for all concerned.

Not tackling these “difficult people” is a disservice to the individual, other team members and ultimately the success of your business.

Oh and guess what – we are all potentially someone else’s difficult person! 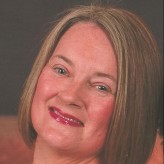 Philomena Hayward is an experienced and highly skilled business leadership coach. Following a successful corporate career, Philomena established Hayward Development Partnership in 1997 providing coaching programmes to clients across a number of sectors including banking, telecoms, publishing, consultancy and organisations in social housing. These range from FTSE100 listed corporates through to SME's. She also has a proven track record of supporting women in growing and succeeding in business as owners and senior leaders. Working with business owners, senior individuals and teams, her philosophy is that development activities need to serve the dual needs of business and individual in order to be successful and result in sustained change. This is achieved by working in a creative and flexible way that involves building strong trusting relationships with clients and understanding and addressing their real needs through tailored programmes. Her core value is making a difference. Throughout her career Philomena has demonstrated a commitment to learning which has informed her thinking, skills and delivery. She is trained and accredited in a number of disciplines and tools which offers a flexibility in approach to meet specific client needs. She is an engaging speaker and has written for a number of publications.

How to reduce overwhelm

Is Your Inner Critic Holding You Back?

How emotionally intelligent are you?

What’s your conflict style? Tips for getting better results