“She’ll never be a senior manager, because she’ll always put her children before the business.”  Not only were these words said to me once about a very competent, long-serving middle manager who was also a single mum, but unbelievably, they were spoken by a Director who really should have known better. Perhaps the most shocking thing though, was that had I not blown the whistle on this knuckle-dragging employer, the woman in question may never have known that this was the reason for her lack of promotion. She would have been left wondering why, despite her best endeavours, she was repeatedly banging her head against the glass ceiling.

This is not so unusual though. Many women are victims of gender discrimination without even being aware of it. Here are some of the ways that employers may surreptitiously be treating you less favourably because you’re female – and what you can do about it!

I once had a job interview that seemed to go pretty well, until the interview had officially ended and the interviewer was seeing me out. At this point she (yes, women can also discriminate against other women) casually asked me if I had any plans to settle down and start a family in the near future. Red flag alert! Any questions relating to arrangements or plans regarding families, children, childcare etc. are inappropriate and potentially discriminatory. The interviewer is basically making assumptions as to your ability to juggle your home and work life. If you’re asked any questions that you don’t think relate to your competency to do the job, don’t be afraid to say so – “I’m afraid I don’t see how that is relevant to my skills and experience” or “How would that influence your decision whether or not to offer me the job?” If you think they have turned you down unfairly, ask for feedback so that you can be sure they had objectively justifiable reasons.

Employers should make information on their policies and procedures available to everyone (e.g. in a staff handbook). This includes the statutory stuff, such as flexible working requests and time off for emergencies, family reasons etc. But many employers don’t make this clear, meaning that women in particular miss out because they simply don’t know what they could be getting. Does your company make you aware of your rights and entitlements, and tell you where to go for more details? If not, find out why not!  Ask them to educate all staff and managers (or even themselves, if that’s what is necessary) on what leave, benefits, working arrangements, flexibility etc. is available.

As with the Evil Director mentioned above, many ignorant employers will assume that any woman with children will forever be having time off to look after sick kids, that any young(ish) married woman will go on maternity leave, that any pre-menopausal woman will be less than 100% effective once a month, or even simply that women will be less capable than men at anything not involving a keyboard. This is prejudice, plain and simple – but usually they are aware of the social/legal unacceptability of their views enough to not share them with anyone. Instead, they just make sneaky decisions that hold women back and then find some other excuse to try and justify them. If you suspect this is happening to you, ask for constructive, valid feedback on your performance – skills, knowledge, attributes, behaviours etc. – and ask what you need to be doing differently or better in order to be promoted. It should soon become clear where the problem lies!

I once had a single mum working for me, and I made sure that if she needed to come in late or leave early to attend a school assembly/sports day/parent’s evening, or to work from home occasionally, she was able to. We weren’t talking talking emergencies here, or a need for a regular flexible working arrangement – just a bit of leeway to make her life easier. And it was great for me, since as a result she was loyal and dedicated, would deliver results and if I needed her to put in a few extra hours sometimes, she was happy to. Some employers though haven’t grasped the benefits of such a quid pro quo agreement, and will strictly enforce rules and regulations such as 9-5 working, giving notice of holidays etc. All of which can have more of an impact on women than men, as we often need that bit more flexibility. If your boss can’t give you any reason other than “That’s just the way we do things round here”, then point out to them how they too can benefit from bending the rules occasionally – a bit of goodwill goes a long way!

This is essentially where a condition is imposed on everyone, but women would be disproportionately affected by it and less likely than men to be able to meet the condition. For example, minimum height requirements for a job (women tend to be shorter than men), or overnight stays required for a business/training trip (women with families may be less able to do this than men with families). If your employer insists on certain conditions for promotion – such as having to work full-time – then ask for the business case for that decision, and see if they can really justify it. Suggest ways around it – e.g. job sharing – and suggest a trial period to see if you can prove your point.

If you come up against a brick wall as well as a glass ceiling, remember that the law is on your side. But before you rush off to a tribunal, use internal channels such as formal grievance procedures to raise any serious complaints. Be sure whether the problem lies with an individual, or if it is  institutional, and see if you can garner support from others within the organisation. But don’t let your career be stymied by sneaky chauvinism! 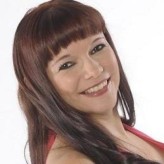 10 things we can learn from Oprah

The Spiral of Successful Habits

Why are women so bad at promoting themselves?