Two-thirds of those earning less, say they would not return even for more money…

Starting up my new venture, targeted at women who have left the corporate world to set up their own business, I decided to conduct research to discover more about this niche.

Why would someone leave the perceived security of a corporate job with a regular paycheck, benefits and comradeship to step into the uncertain world of business ownership, especially in these troubled economic times?

The results of the survey of 300 women entrepreneurs, shows that the main reason they leave corporate jobs is that they are frustrated with the toxic culture; not with the glass ceiling as is widely believed.

Almost a quarter of participants (23%) cite the culture and values clash as their main reason for leaving, while less than 1 per cent identify the glass ceiling.

Surprisingly, of the 68% of women who earn less than when they were in corporate employment, almost two-thirds say they would not go back to corporate life even though they are unhappy with their current income level.

What is this toxic culture they are so desperate to leave?
The toxic culture is a combination of these elements that occur in business:

One survey participant commented, ‘There was a disconnect between my values and the corporate world’s values and another said, ‘I got tired of wasting time on political activity versus actually doing the job.’

At a certain stage in their lives, women realise that the traditional work in corporate environments doesn’t work for them any more.

They are tired of putting up with the toxic culture and they start to disengage, valuing their time and autonomy above their salary and job.

This is the catalyst for them to leave and set up their own enterprises.

The women surveyed are not born entrepreneurs but rather women who stepped out of the corporate world for a career that would meet their needs on their terms.

After a hugely successful career I decided to leave and set up my own business because I was fed up and disappointed at people not ‘walking the talk’ when it came to managing people and truly honouring the values that they regularly spoke about, but didn’t necessarily live and breathe on a day-to-day basis. After six years of trading I have no regrets.

Even if they were offered more money to get a corporate job again, most of them would not accept, preferring control of their future, their time and their environment over the cash.

As well as the 23% leaving because of the toxic culture, a further fifth (21%) of respondents left to gain more autonomy and control of their destiny.

They have taken the bold steps to create an environment they love to work in and they take pleasure in being able to choose who they work with, or not.

The sense of satisfaction and accomplishment shines through their responses as they realise that in many cases they have created their business from nothing.

Even though they love being self-employed, it isn’t always easy.

The transition from employment can be challenging, with revenue and cash flow often erratic at the beginning. And in many cases they are unprepared for the sheer volume and variety of work encountered in running their own business.

They may be very skilled in their area of business but it is the myriad of other demands on their time that they find challenging.

Whether it is the legal approach, finances, IT or even managing their own diary, these are things that the women have traditionally relied on the large corporate framework to provide, and in many cases even taken for granted. There is no one at the end of their IT help line to fix the printer!

Transitioning from corporate to one’s own business can also be challenging at the level of identity.

After many years of having a certain title, reliable salary, working for an esteemed company and perhaps having many staff, when this disappears it can be a shock.

As suddenly, those external cues we used to judge our success and identified with are gone.

The women then need to update their identity based on their values and refresh their criteria of success. In my experience, when women haven’t done this, they may view their entrepreneurial venture as a failure because they are still judging it on their old success criteria.

Even with all of the factors considered, most of the women I spoke to would not go back to corporate, even if they were paid more money.

Once they have tasted the freedom, ignited their passion to make a difference and work on their terms, there is no going back to the toxic culture. 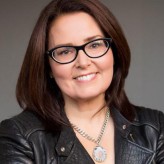 5 Signs that you need to bring in an expert!